Free Fiction: “The Cry In The Darkness” by Richard Baron 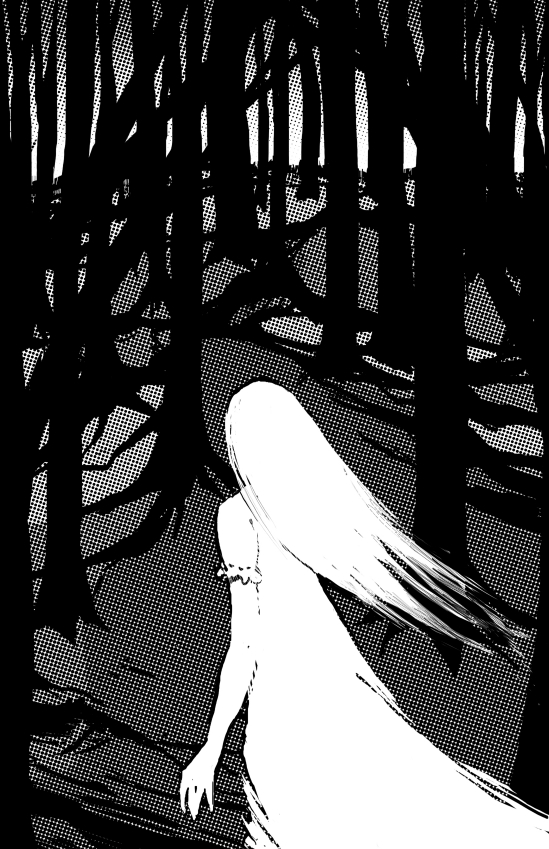 Mamie Bishop and I had been courting for a number of years before I proposed. I think that we would still be courting now had it not been for the incident involving that local misfit, Wilbur Whateley. The details of which are too vast and unsettling to go into here – only have it known that following his disappearance, a gloom seemed to settle over the town. Inhabitants unwilling to discuss the event hid away behind closed doors, avoiding each other’s gaze for fear that mentioning “the unspeakable name” of Whateley would bring some unknown terror lumbering to their door.  For Mamie, who had visited their residence on past occasions, the effects were far more pronounced.

She became withdrawn, her skin affecting a sickly pallor. More than once she was found walking alone in the hills at night, her head tilted up to the sky as though she was searching for some sign or movement in the clouds. Naturally, I became concerned, and after ushering her back to her parents’ home following one of those midnight jaunts, I sat her down and poured out my heart. Racked as I was with worry, I would say, and do, anything in my power to help alleviate whatever concerns gave her cause to act in such a manner. Anything to have the Mamie I loved safe.

I will never forget the way she looked at me then.

Her face wet with tears, black hair raining down upon her brow, she raised her head and said, “A child, Earl. I want a child.”