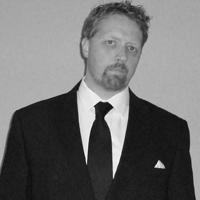 Welcome to the new Cthulhurotica site!

As we ramp up to our publication day, we’re going to be doing a variety of things to promote the title, and the writers and artists who made it possible.

With our submissions period closed and our Table of Contents in order, we’ve turned our attention to revamping the website. Our goal was to give it more blog-style feel, with a rolling front page of information, as well as pages collecting the links to various entries. We plan to offer you, our readers, something new every week between now and when the book goes live. That includes interviews with our authors and artists, blurbs from stories, free downloads, contests, and other giveaways.

The month of November will be open to pre-orders. Those orders will be at regular price but will be mailed out (Priority Mail) the week BEFORE the book is available for purchase anywhere else. They will also be hand numbered, and come with an extra gift.

In the meantime, thank you for your interest in Cthulhurotica. We can’t wait to share it with you.

The submissions period for Cthulhurotica has now ended.