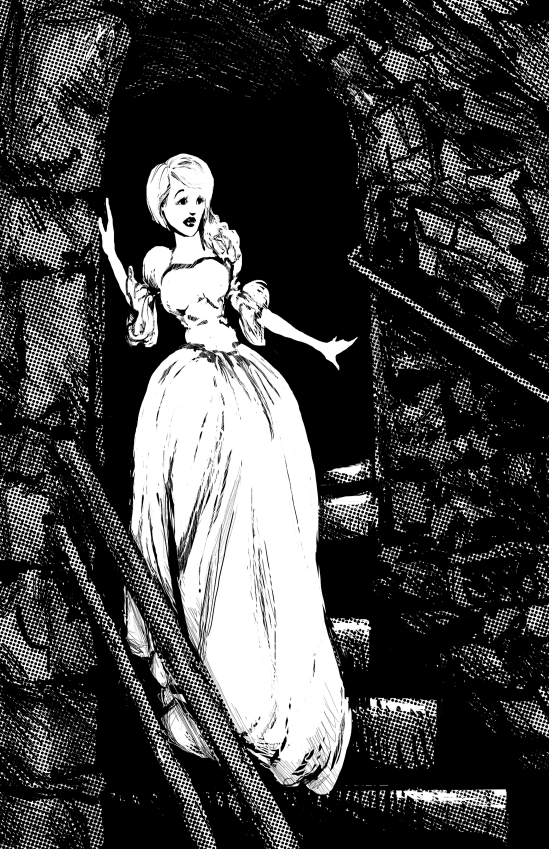 Author of: “Descent of the Wayward Sister”

Original Hometown, if different: Like Lovecraft, I’m originally from New England. But I mostly grew up in the suburbs around Washington, D.C.

Past publications: A short story called “Swimming Lessons,” written for PG Holyfield’s “Tales of the Children” anthology, which was a 2010 finalist for a Parsec Award for Speculative Fiction Podcasting. “Descent of the Wayward Sister” is my second published work of fiction, with much more planned and forthcoming.

What’s your favorite H.P. Lovecraft story or other Mythos story? “The Colour out of Space” is my favorite, I think. It stands out for me because there’s such a strong speculative science fiction component to the horror, compared to the other stories of his that I’ve read. Watch out, Earth, this could really happen.

What comes to mind when you think “Lovecraft” + “Erotica”? What they have in common, to me, is a hunger so obsessive that people are happily willing to be consumed by it to the point of madness. In Lovecraft’s writing, it’s usually knowledge, or power, or both. In erotica, of course, it’s usually sexual desire…but also sometimes power. The longer I thought about the combination, the more it made sense.

How did you hear about Cthulhurotica? I saw the call for submissions on Twitter and thought, “That’s a cute idea,” and didn’t think much more about it. Then my story concept snuck up on me and I decided that I had to give it a shot.

What inspired your story? It isn’t my favorite Lovecraft story, but the image that sticks with me most strongly is from the 1970 movie version of The Dunwich Horror, which I saw when I was in high school. It was dated, campy, and to be ridiculed in the best B-movie tradition. There’s a scene with a woman chained to an altar with an open book propped between her thighs. We all made fun of that scene when we saw the film (“It’s not safe summoning unless you use a book cover!”), and it became iconic of cheesy horror. When I thought of mixing Lovecraft and erotica, I knew I wanted to sexualize that scene; redeem it, maybe, by transforming it into something else. Something arousing. So that was the inspiration. Then it was a matter of realizing that it needed that sort of “Victorian erotica” voice to make it work.

What music or movies helped you to write this story? None. I wrote during a power outage. My tools were a green felt pen and a hardcover journal. It was a morning power outage, so I can’t even claim that there were flickering candles or menacing shadows. Just a couple of restless cats.

How many rewrites did you do before submitting? I rewrote and did a lot of polishing when I transcribed from journal to computer, and a little more polishing and clarifying after I let a trusted reader take a peek at it. The core of it hasn’t changed much.

It had been kind of him to attempt to turn me into a lady of society, and within a matter of days I had learned enough of the protocol to put on an eager show of it when I was in his presence – it would have been ungrateful to do otherwise – but in truth I was not taking naturally to it. Needlepoint and music were tiresome to me, and the tutors he had called upon to school me in the domestic arts were as dull and sour as old milk. I had been too long on my own, or perhaps I had simply seen too much of the lively underbelly of the world to be content sitting still.