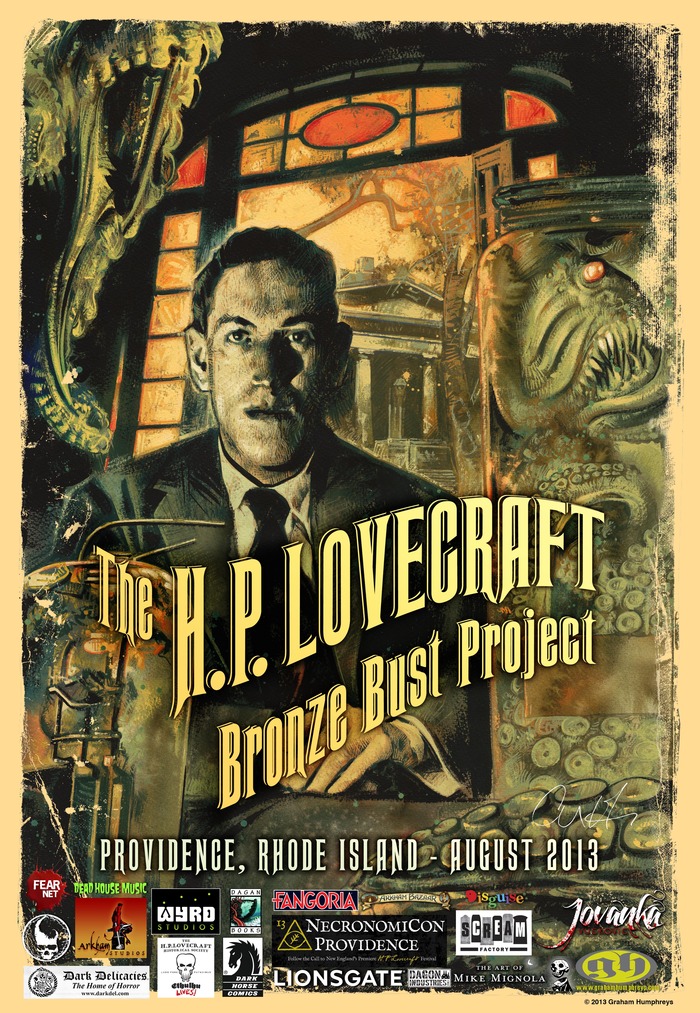 Humanity, as portrayed in Lovecraft’s fiction, is not only incapable of resisting the impact of racial and hereditary degeneration, but also incapable of maintaining itself ‘properly’ via sexual reproduction, an act that for Lovecraft gives birth to nothing but nightmare. – Brian Lord, “The Genetics of Horror: Sex and Racism in H.P. Lovecraft’s Fiction“, 2004

Most fans of  HP Lovecraft’s writing will concede that as a person, he was a jerk. Racist, misogynistic, anti-sex tendencies appear over and over again in both his published writing and his personal letters. Contemporary authors have struggled to reconcile his vile opinions with his work as the creator and shaper of the Cthulhu Mythos, a universe too much fun to ignore. (Read Nnedi Okorafor’s discussion of the Lovecraft-shaped World Fantasy Award, which she won.) In the first book of the Cthulhurotica series, we talked about the need to create more fiction in his world, in order to show a wider range of characters living and breathing and making love there. But can we really separate the man from his Mythos?

We don’t have to. The simple solution is to realize that Lovecraft was mad, in the classic sense of the word. It just wasn’t the Mythos that made him that way.

Lovecraft was right about his monsters. Cthulhu is out there, sleeping in the darkest depths of in-between space. Innsmouth exists, as does Arkham, if not on our maps than in the maps of thousands of authors and artists and musicians and filmmakers in the last century. Deep Ones float on ice cold currents at the bottom of the sea. Cultists chant, Shoggoths squish, the Black Goat bears a thousand young, the terrible trees lie in wait, and Dagon passes the time on a tiny island you can never find unless you’re trying to get away from it. There is much more to our existence than we can comprehend without a little madness of our own.

But Lovecraft had issues before he ever conceived of that which should not be named. He was already afraid of women, and of people of color, and of the world in general, and of himself. He reached out and saw the Mythos universe looking back at him, and in an effort to understand it, he wrapped it in the fears he already knew. He looked into the unknowable, the creatures and places that drive you insane. It’s genius, really, that he engineered a way to survive that. By convincing himself that the real monsters were girls in short dresses, and Jews (and blacks, and Asians, and gays, and lipstick and nail polish and a pretty smile) he could keep his mind in one piece.

We’re stronger than that. We don’t need to make excuses for our monsters. We don’t need to hide behind lesser fears in order to comprehend the greater ones. We can look upon the Mythos and we can love it for what it is.

Be braver than Lovecraft. Put down your defenses, find the unmarked door, turn the ancient key, and go inside. Bring a date.

Or meet someone there.